Charlie sat for his photograph with mark Henderson as part of this great project! Pop in and spot him in the Bar with No Name, Fade Street, Dublin2

In March 2012, photographer Mark Henderson set up a temporary portrait studio in an empty old Georgian terrace house on South William Street. The local community were invited to call in and sit for a portrait.
The resulting photographs include a diverse range of individuals who live or work within the locality and features artists, designers, chefs, musicians, hairdressers and local raconteurs, creating a unique series of images that collectively provide a snapshot of life in Dublin’s Creative Quarter.
The exhibition is presented in association with the St Patricks Festival and Dublin City Bid and with thanks to The Bar With No Name.
The portraits will be shown at The Bar With No Name, Fade Street, as part of St Patricks Festival 2012 from Friday 16th March 2012.
About Mark Henderson:
Mark Henderson has worked extensively in the worlds of youth culture, music, design and travel. Much of Marks work involves subjects that are intimately connected to his life experience. The main themes often touch upon social and cultural identity, and he has previously exhibited at the Design Museum in London, Artworks Gallery in Newcastle-upon-Tyne, and at MOMA in New York.
Mark is based in Dublin, and is currently working on a ﬁlm and photographic documentary series focusing on Irish designer/makers.

www.markhenderson.info
Posted by Geraldine Moorkens Byrne at 12:24 No comments: Links to this post


St Agnes Violin Project Crumlin is a fabulous project bringing music tuition free to the children of St Agnes School Crumlin. Every child can learn, all tuition and instruments are provided free.
The project has had astouding success in a short period of time...

Pupils and past pupils of the school have gained places at competitive auditions in Dublin Youth Orchestras, a remarkable achievement in such a short time. DYO is opening the door to a lifetime's involvement with music these young players.
Two players recently joined Fingal County Youth Orchestra. In 2007 the school won the RTE Lyric FM Moladh an Cheoil /Music in School Award. This was followed by an TIMES Living Dublin Award in December 2007 and in February 2008 by an Irish Aviation Authority Youth Achievement Award received at the Festival of Youth Orchestras organised by the Irish Association of Orchestras. In March 2008 the Orchestra won the Miller Cup for Primary School Orchestra at the Inter-Schools Festival at Wesley College, and were runners-up in 2009.
The Orchestra takes the Royal Irish Academy of Primary School Orchestra Examination in June each year. They gained 95% in the examination of the Royal Irish Academy of Music in June 2009, and performed on Sunday 1st November in the Shelbourne Hotel at the Dublin Region permanent tsb High Achievers' Concert. In June 2010 they received 92% in the same exam. In 2010 they performed for the first time at Dublin Feis Ceoil.

All the ladies running would appreciate your support! This is a great cause, and one thatcan have positive benefits in the area for many years to come. Please donate!!
Posted by Geraldine Moorkens Byrne at 10:14 No comments: Links to this post

DIT Conservatory of Music and Drama Chatham Row will be holding it's Music Open Day on Saturday March 3rd 11am - 3pm. This is a chance to meet teachers, experience and try new instruments and enjoy musical performances throughout the day.
DIT Conservatory of Music and Drama is the home of Ireland's future musicians and actors. For over 120 years it has provided musical education in Dublin and is the largest provider of music and drama education in Ireland.

Applications are now open for part-time music programmes for 2012/13. Pre-junior, Junior, and Continuing Education classes run from Sept to June on weekday evenings or Saturdays.

Charlie's News direct to your Email! 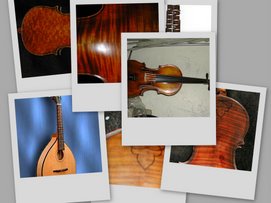